Futures on the Bund, Bobl and Schatz all see increases over prior year

The interest rate complex at Eurex had a surge of activity in the first half of the year, according to data on trading volume and open interest. Futures on the Bund, Bobl and Schatz, three leading benchmarks for government debt markets in the Eurozone, all saw increases in activity over the previous year as market participants adjusted to changes in macroeconomic conditions as well as Russia’s invasion of Ukraine.

At the beginning of the year, the European central bank pivoted from promoting growth to fighting inflation. The central bank began reversing its quantitative easing program in March and signaled that a series of interest rate hikes would start in July. At the same time, the turmoil created by the Ukraine invasion, combined with the shock to commodity prices, created even more uncertainty about the near-term and medium-term outlook for economic growth and interest rates in Europe.

Equally important, the liquidity in these contracts has fallen significantly. During the webinar, Ashwin provided some estimates of top-of-book liquidity, i.e., average daily bid/ask size displayed in the Eurex order book. In the Schatz futures market, the top of book liquidity dropped from more than 8000 contracts in August 2021 to just 268 in March and 476 in June.

As a general rule, the amount of liquidity displayed in exchange order books tends to be inversely related to volatility, especially at the top of the order book. That is because the market makers that display bids and asks are wary of taking on too much risk when prices make a rapid move. Large amounts of trading can still move through the market—as shown by the large increase in trading volume in the Eurex contracts—but spreads between bids and asks tend to be wider. 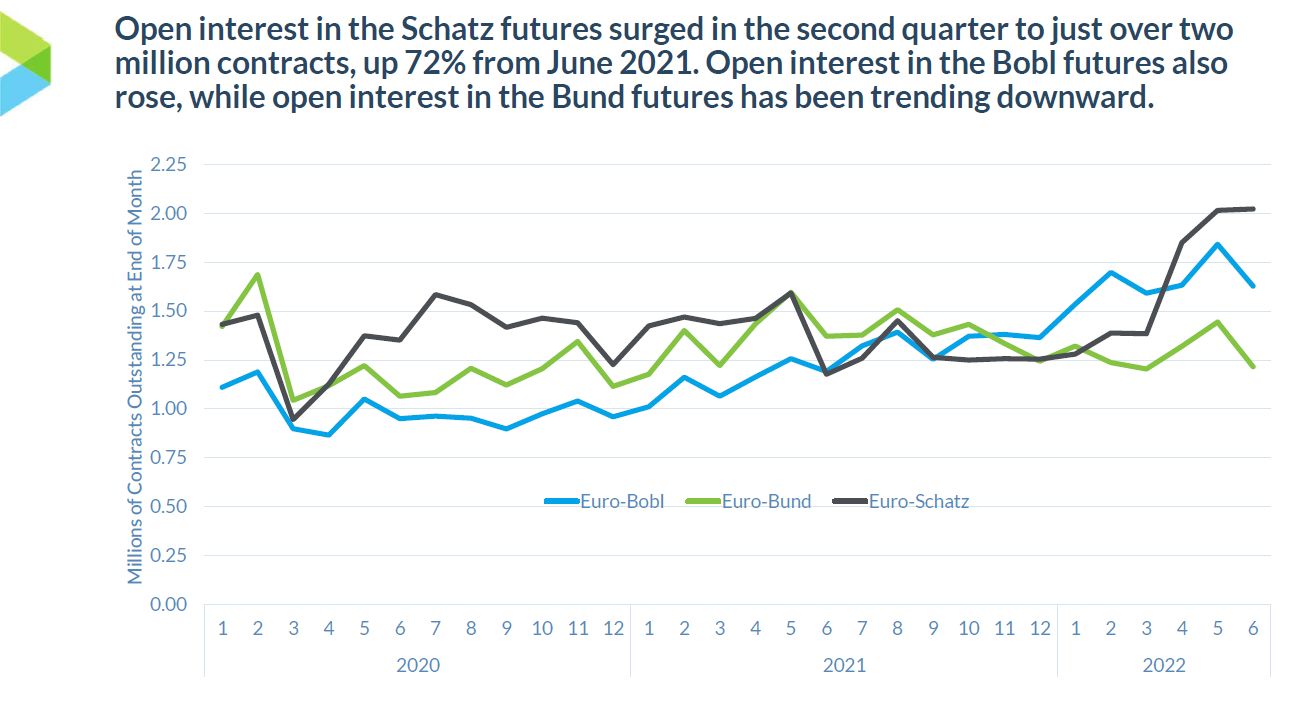 New Frontiers in Recordkeeping and Compliance