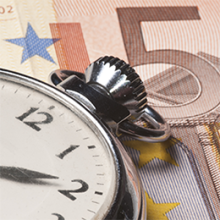 Today, the European Commission implemented regulation to extend the deadline for exposures to qualifying central counterparties (QCCPs).  As expected, Regulation 2016/82 extends QCCP deadlines for another six months until 15 December 2016.

As the commission noted in the regulation, "If the transitional period is not extended, institutions established in the Union having exposures to those 2 CCPs would see significant increases in the own funds requirements for those exposures. While such increases may only be temporary, they could potentially lead to the withdrawal of those institutions as direct participants in those CCPs or to the, at least temporary, cessation of the provision of clearing services to those institutions' clients and thus cause disruption in the markets in which those CCPs operate and potentially in Union markets in general."

FIA has been active on this issue and will continue to advocate for policies that will allow global markets to function smoothly and efficiently.